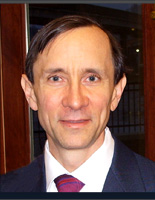 Addison Fischer’s career began as a computer entrepreneur when he created his first high-tech startup company in 1973. He ultimately went on to become majority owner of RSA Data Security, which founded VeriSign. Since 1981, he has served as co-owner, with Mr. Stanley Druckenmiller, of Duquesne Capital Management until Mr. Druckenmiller’s retirement in 2010.

In addition to his business interests, as the Co-founder of Planet Heritage Foundation (PHF), Mr. Fischer is passionate about preserving the environment for future generations. The foundation takes a rigorous approach in identifying where it’s support will leverage and catalyze the greatest impact.

Most recently, PHF developed and launched the Aligned Intermediary, a new investment advisory group created to help long-term investors (LTIs) channel significant amounts of institutional capital into climate infrastructure investments including clean energy, water infrastructure, and waste-to-vale projects. To date, a handful of LTIs have committed to deploy over a billion dollars of capital through AI-identified transactions.

Other key PHF initiatives include the Electrification Coalition — an alliance of business leaders committed to promoting electric vehicles on a mass scale, and the TED Mission Blue Voyage, whereby 100 influential leaders gathered for a week seeking solutions to restoring the health of the oceans.

Mr. Fischer serves as a director of Oceans 5, The Jane Goodall Institute, and the East West Institute, and is on the advisory boards of the Electronic Privacy Information Center (EPIC) and the Amazon Conservation Team.